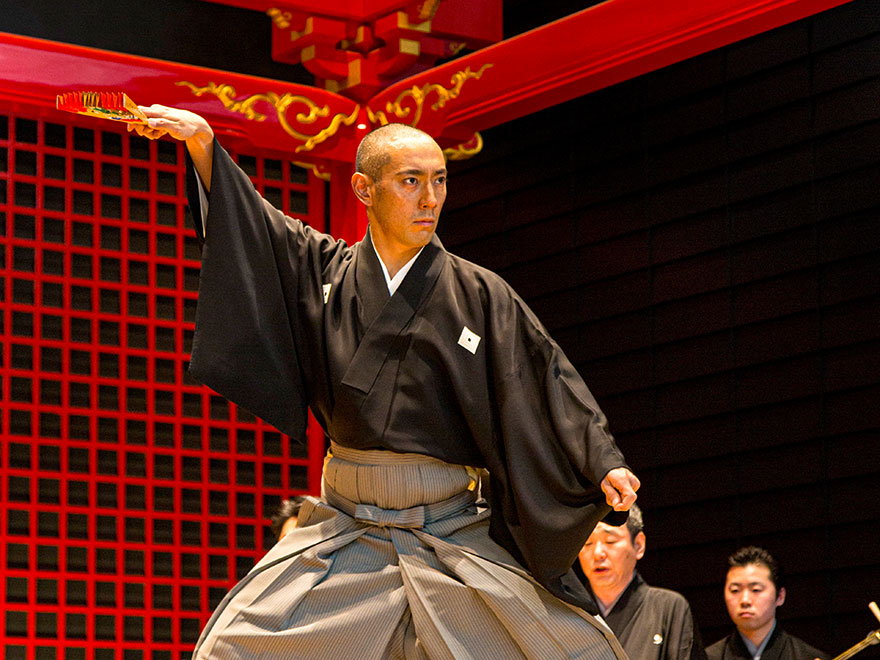 “Ennen No Mai” (literally, “longevity dances”) have been passed down and performed generation after generation. What have each of those performers incorporated in their art in their respective generations? What did they make us feel in doing so? Coupled with an interview with Ebizo Ichihara, this program will delve into the sensibilities rooted in the Japanese people and the world of their inner mind.

Born on December 6, 1977. The eldest son of Ichikawa Danjuro XII. Appeared on stage for the first time in 1983 at the Kabukiza Theater in the role of Harumiya in a performance of “Genji Monogatari” (The Tale of Genji). In 1985, he received the stage name of Ichikawa Shinnosuke VII and made his full stage debut in the role of Kikanbo in a performance of “Uirouri,” also at the Kabukiza Theater. In May of 2004, he assumed the name Ichikawa Ebizo XI for playing the role of Kamakura Gongoro in the play “Shibaraku” performed at the Kabukiza Theater as well as for subsequent roles such as Togashi in the play “Kanjincho.” In an effort to help keep alive the passing on of traditional Japanese performing arts to succeeding generations, Ichikawa vigorously self-produced such projects such as “Invitation to the Classics” and “ABKAI,” continuing to output one new work after another. Not limiting his activities to Japan, he has been prolific overseas as well, with two performance in Singapore, performances in February of 2016 in the UAE, and an appearance in “GRAND JAPAN THEATER” at Carnegie Hall in New York City in March of the same year. His acting range extends beyond kabuki theater, having won the Best Actor award at the 37th Japan Academy Film Prize in 2014 for his starring role in “Ask This of Rikyu.”