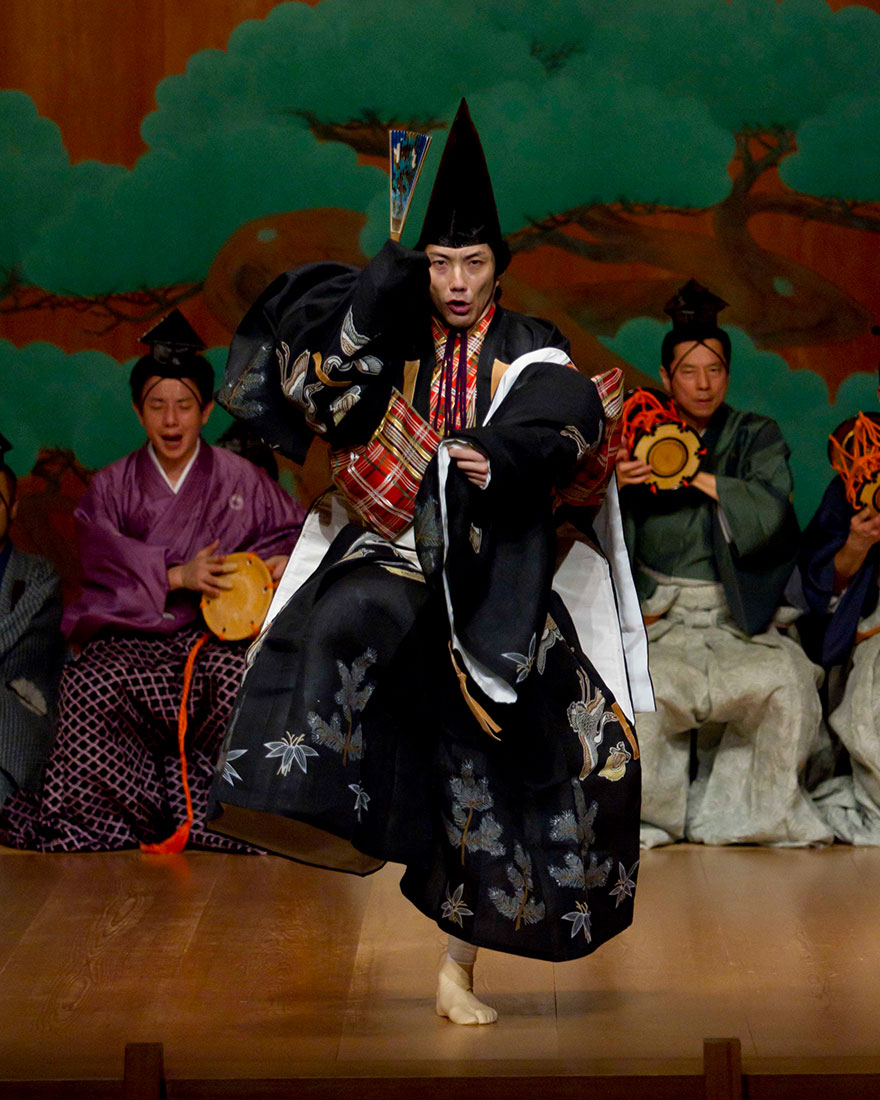 From the refined world of Japanese traditional dance comes “Sanbaso,” a performance that celebrates death, rebirth and the wonderfulness of life itself and acts as a prayer for bumper crops in the form of the “five grains.” This performance is combined with an interview with Mansai Nomura to unravel the cycle of life as well as the outlook on nature, life and death that has been a continuous part of the Japanese psyche since times of old.

Born in 1966. Studied under his late grandfather, Nomura Manzo VI, and his father, Nomura Mansaku. Designated Living Natural Treasure. Graduated from the Department of Music at Tokyo University of the Arts. Presides over “Kyogen Gozaru-No-Za.” While performing in many productions of Kyogen and Noh theater in Japan and abroad and contributing many efforts to proliferate those artforms, he has also headlined modern theater, film and television dramas. His stage performances of “Atsushi: The Moon Over the Mountain, and Other Stories/The Legend of a Master,” “Kuninusubito” (The Usurper, based on Richard III) and “Shigosen No Matsuri” (The Meridian Rite) displayed his mastery of classic techniques adapted for modern theater, and his broadening repertoire includes his participation in NHK’s “Nihongo de Asobo” (Let’s Play in Japanese). His uncommon talents stretch across a wide variety of genres, allowing him to contribute significantly to a greater public awareness of Kyogen. As a modern Kyogen master, he probes and explores the existence of his craft through his broad spectrum of activities. Traveled to Britain in 1994 as part of the Program of Overseas Study for Upcoming Artists, provided by the Agency of Cultural Affairs, Government of Japan. Has won prestigious prizes such as the New Artist Award and the Award of Excellence at the National Arts Festival (Agency for Cultural Affairs), The Minister of Education New Artist Award for Fine Arts, the Asahi Performing Arts Award, the Kinokuniya Theater Award, the Mainichi Art Koreya Senda Award, and Best Play at the Yomiuri Theater Awards. Serves as the Artistic Director of the Setagaya Public Theater. Appointed as Chief Executive Creative Director of the Tokyo 2020 Olympic and Paralympic Games, and will oversee the opening and closing ceremonies of both Games.